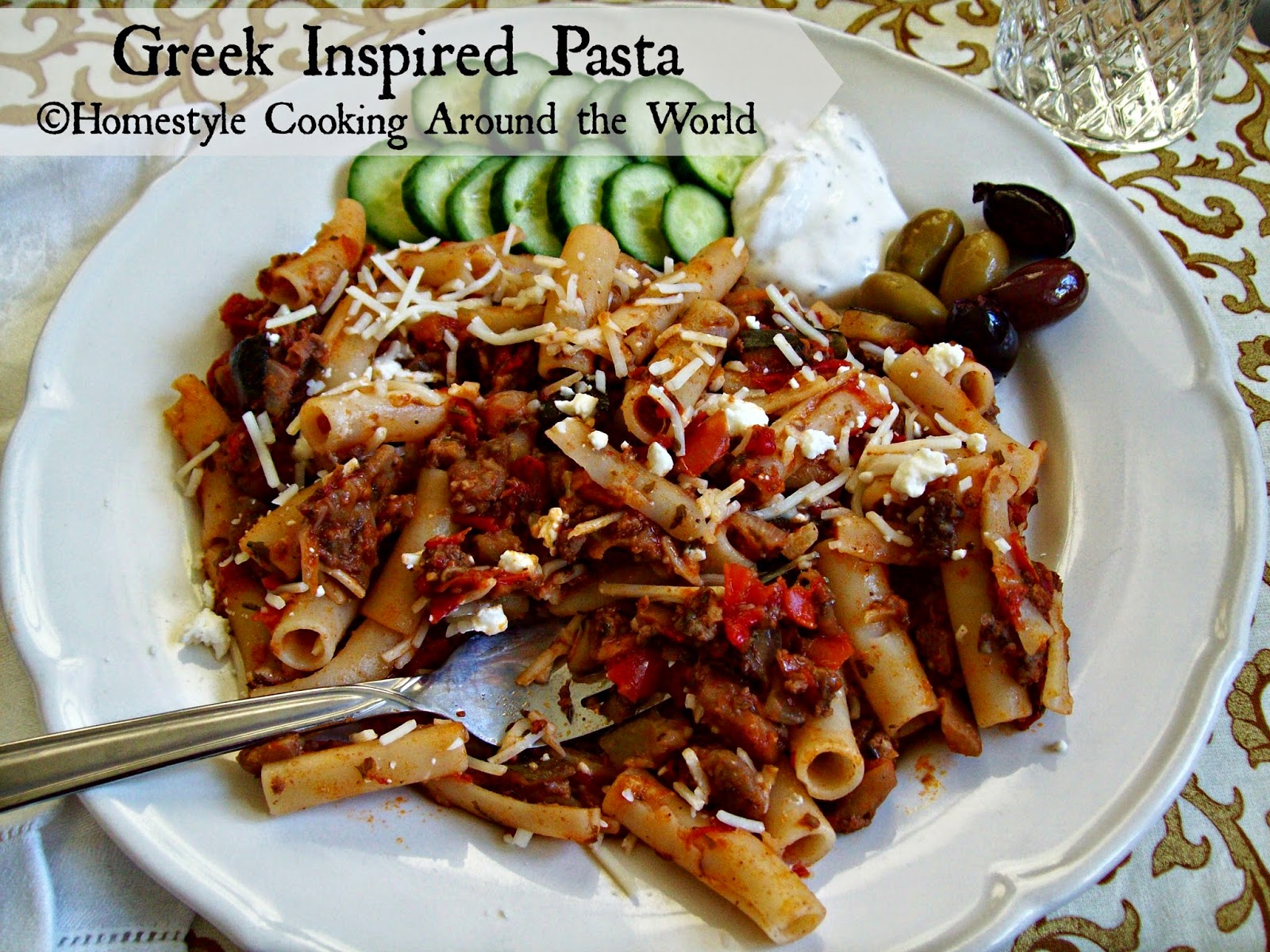 We have had a bumper crop of tomatoes this year and this was yet another recipe born out of necessity. In addition, we were given lots of eggplant and also had zucchini overflowing our kitchen counter. While I have plans for the extra zucchini, I wanted to make something that would use all of these vegetables. Today I was feeling in the mood to make something Greek. So after looking through my Greek cookbook, I saw a recipe for Eggplant Meat Sauce, which became my inspiration for this dish. This dish requires a little chopping but really comes together quickly and is so rich and flavorful. One of the things I love about Greek meat dishes is the addition of cinnamon. It adds a unique flavor and warmth that to me is simply addicting. This dish is also wonderful if you make the sauce ahead of time, refrigerate and then reheat, adding in cooked pasta when ready to serve. The flavors will be even better! Also, if you don't have fresh tomatoes, just use a large can of diced or crushed tomatoes with their juice.


Directions:
This is good with a Greek salad or a simple side of sliced cucumbers, a dip made of lemon juice, a little mint, parsley and dill (or tzatziki sauce) and some olives.
Posted by Sarah/Homestyle Cooking Around The World at Wednesday, August 13, 2014